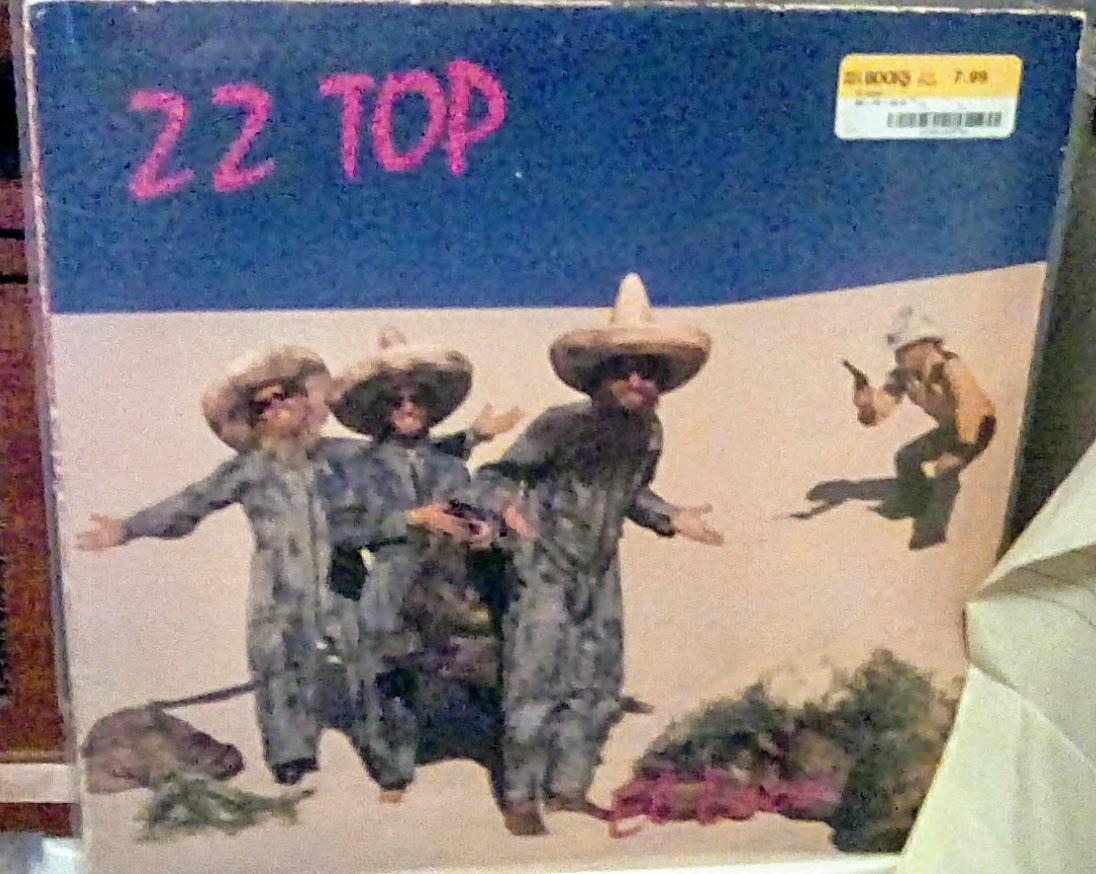 I bought this album because I couldn’t find anything else that stood out to me at Half Priced Books that day. I know the track “Tube Snake Boogie”, and how dirty it is, so I was hoping for more of that nasty, southern rock ZZ Top is known for. This was a bit of a surprise album for me.

Notice
This page may contain affiliate links. These are links that will take you to a product page, and I can make a little income for referring you to their site. This is at no additional cost to you. If you would like to learn more, check out my Affiliate Disclosure page.

I posted this review fairly quickly, just to get something out there. I don’t plan on reviewing other albums track-by-track, and I really need to get some better photos.

Instead of the straight ahead blues-rock you’d get from their earlier albums, El Loco is definitely the experimenting ground between the full-on rock Tejas, and the 80’s pop-rock that is Eliminator.

The band definitely still has their roots with the rock, but I believe this is the first they’ve messed with synthesizers and other electronic equipment.

Don’t get me wrong, I really, really like this album. It’s them finding something new, while sticking to their roots.

The album starts off with that familiar drum intro from Frank Beard on “Tube Snake Boogie”. You hear Billy Gibbons kick in with a little shuffle lick, and Dusty Hill gets that bass thumpin’ hard. This is a track with some silly lyrics, and you can’t help but sing and smile at the same time. A killer solo from Gibbons rounds out the song.

The next couple tracks, “I Wanna Drive You Home” and “Ten Foot Poll” are new ones to me, but keep with the classic ZZ Top sound everybody loves from the 70’s. “Ten Foot Poll” has Billy doing that low growling vocal he’s known for, and it sounds cool as ever. The track has a certain bouncy feeling to it that really makes me nod my head to the beat.

“Leila” is a song that I was not expecting at all. This is a straight-forward love ballad. This song also is the start of the modern electronics the band would use on the next few albums. There’s a clean guitar with a crescendo delay, soft keyboards in the background, and definitely some effects used on Billy’s voice. I really like the twangy slide guitar, but this is a song that kind of feels strange on a ZZ Top album.

The final track on the first side, “Don’t Tease Me”, brings us back to the same vibe as the songs before the ballad. Just a good-ol’ fashion blues-rock tune.

A flip of the record, and we’re on side two. “It’s So Hard” is another song that slows things down, but has a slick bass line that drives the track along. Gibbons has a nice and bendy solo to run the song to fade out.

“Pearl Necklace” is another single from the album, and has that famous vibrato bend just before the chorus. This song also has a driving, straight-forward bass line that keeps the song going. You’ve also got a lot of reverb used throughout. It’s not a modern effect by any stretch, but hearing so much on the drums really gives it a new-wave type of sound.

Now we’ve hit the new ZZ Top sound. “Groovy Little Hippie Pad” starts off with synthesizers, and is a totally new sound on the album. There’s a reggae-sounding riff on an organ, and that synth never lets up throughout the track. But still, it’s got a killer vibe to it that just keeps your head moving.

The next track, “Heaven, Hell, or Houston” brings in more keyboards, sound effects, and Billy speaking in a low, gravelly voice. Unfortunately for me, right when the song picks up with the solo, this is where my record starts skipping a little. But I love that little bounciness to the clean guitars.

“Party On the Patio” is the final track, and the only sung by Dusty Hill. I’ve just noticed that Billy and Dusty’s vocals sound very similar, and I wonder how many other songs are sung by Dusty without me noticing. Anyway, this rockin’ track has a few different solos, and is the perfect way to end the album, even that abrupt last note.

Our First Sunrise Together

A Stroke of Genius

This site uses Akismet to reduce spam. Learn how your comment data is processed.

I am Alvin, and this is my blog. I love writing, going to concerts, listening to records, drinking good coffee, and developing WordPress themes.

Porcupine Tree - Up the Downstair . "What you are

One show can change your life. #chrisrobinsonbrot